Our research leverages genetic and genomic tools to identify the underlying neurobiological mechanisms and novel therapeutic targets for neurodevelopmental and psychiatric disorders, including autism and schizophrenia. Further, we strive to translate biological insights from basic research into the clinic. 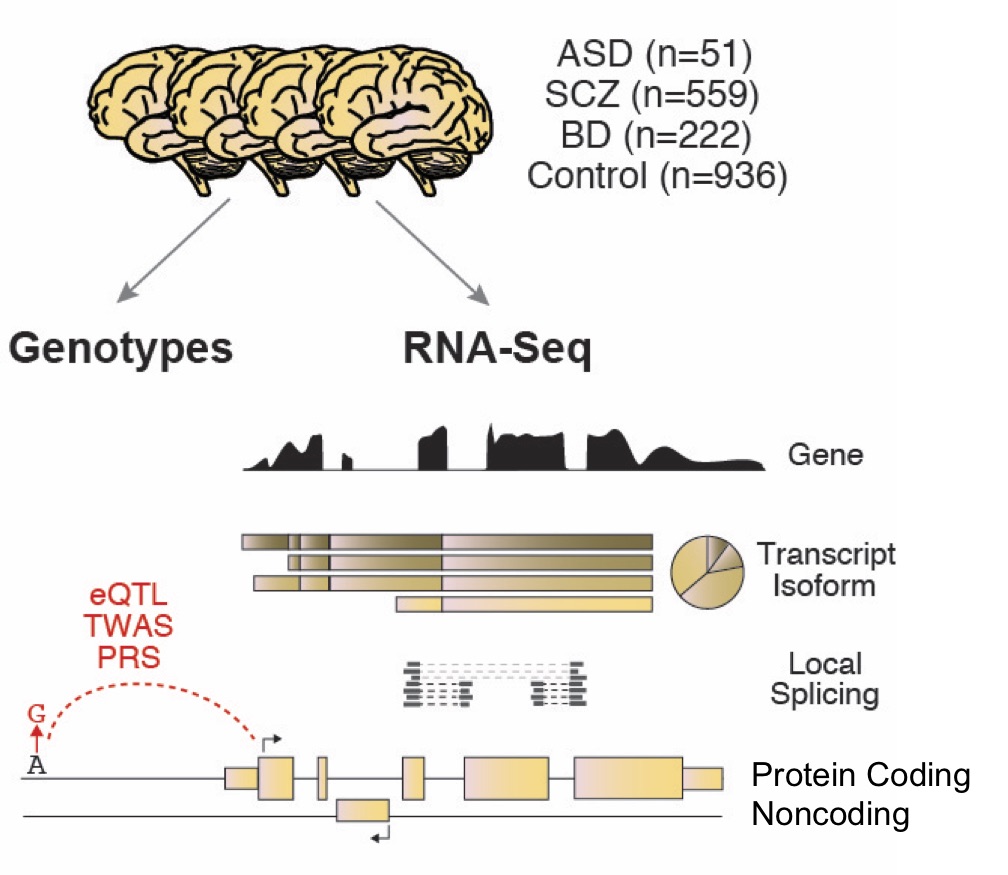 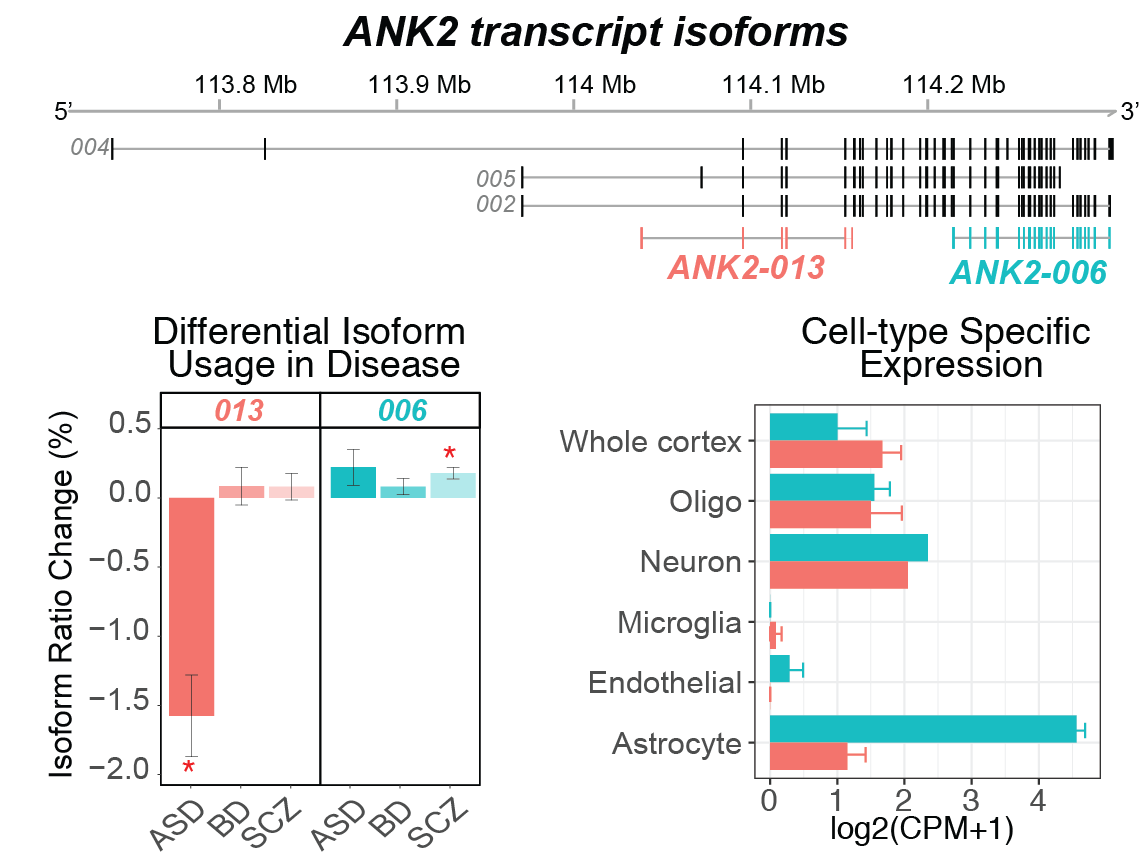 Most genomic studies are 'gene-centric', focusing on impact at the level of a single gene or local splice junction. Yet, emerging long-read RNA-seq methodologies now enable characterization of the potentially vast number of unique transcript isoforms that can be generated from a single gene. We have found that isoform-level analyses capture larger effect sizes and genetic enrichments -- as well as distinct biological processes -- compared to gene-level changes for certain psychiatric disorders. Here, in collaboration with Luis de la Torre Ubieta, we are integrating single-cell and long-read RNA-seq technologies to characterize the full complexity of transcript isoform usage in human brain, across development, and in psychiatric disorders, with cellular resolution. 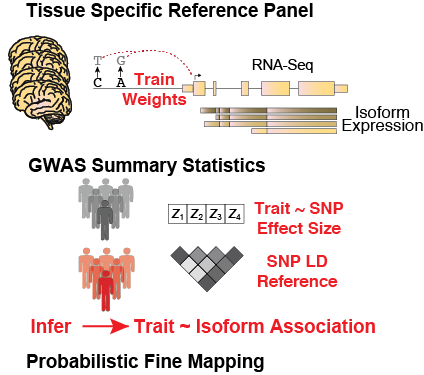 Identifying the biological mechanisms through which disease-associated genetic variants impart risk remains among the major challenges for GWAS. To address this, TWAS and related approaches integrate GWAS associations with tissue-specific eQTL to prioritize candidate risk genes. Here, in collaboration with Bogdan Pasaniuc, we are working to extend the statistical genetic framework of TWAS to capture and probabilistically fine-map associations at the transcript-isoform level. 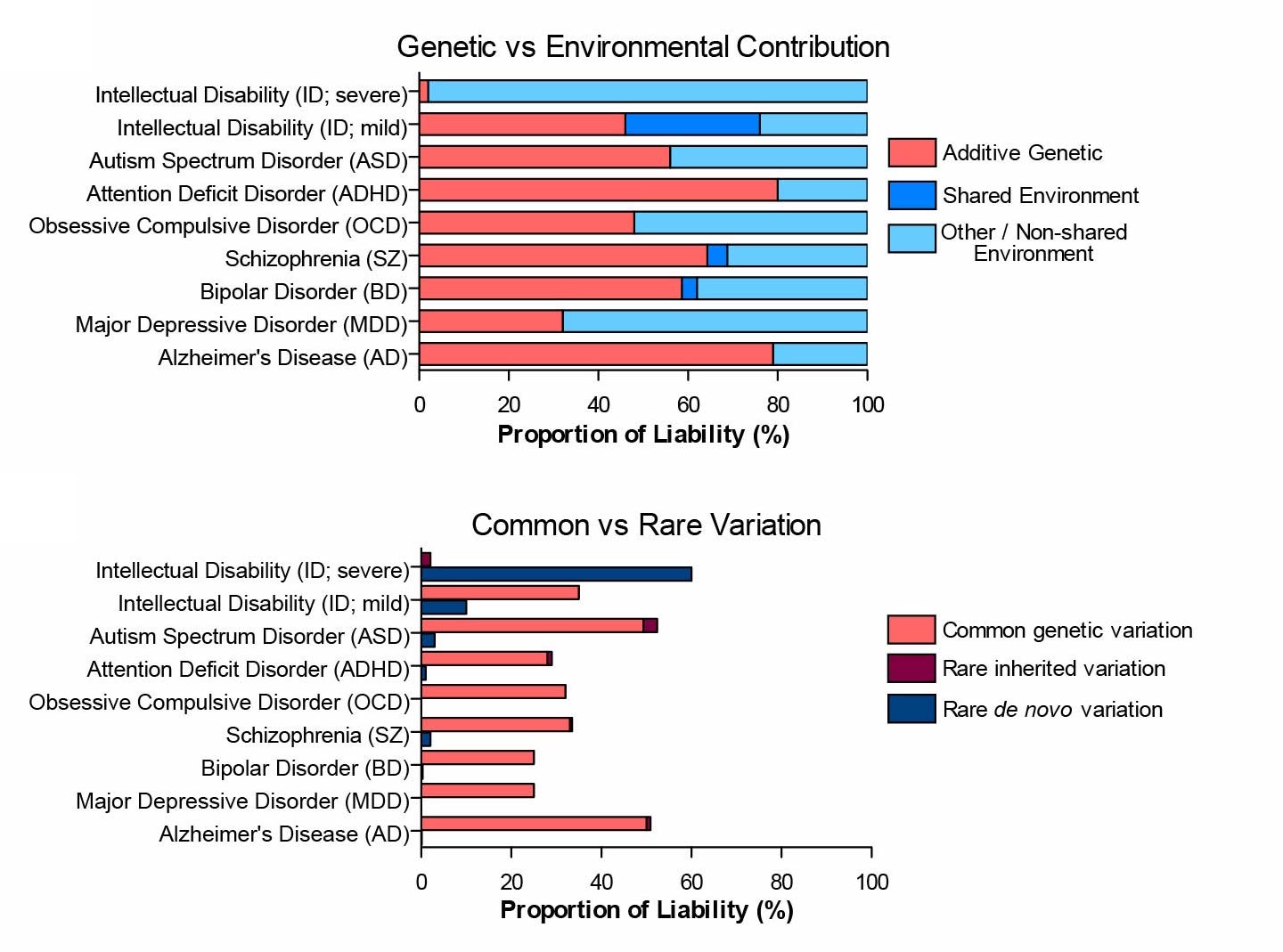 Psychiatric disorders often exhibit substantial genetic overlap among themselves and with cognitive and personality traits. In collaboration with Thomas Werge, we are working to understand the biological basis for this shared genetic signal, and whether we can use genetics to identify clinically meaningful subtypes.

Systems-level and integrative genomics in brain

We use a variety of systems-level, network based approaches to capture meaningful biological signals from large-scale datasets.

Substantial epidemiologic associations have been observed between psychiatric diagnoses, family history of autoimmune disorders, and early infectious exposures. We are integrating results from human brain RNA-seq with imaging genetics in large-scale population biobanks to identify the mechanistic unperpinnings for these neural-immune-psychiatric connections.